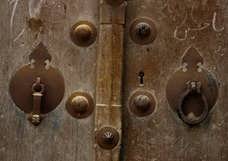 This city is located in Ali Chay Valley and is the center of Azerbaijane Sharghi Province and is one of the largest cities in (ran. It is 624 km to Tehran by road, 524 km by air and Tehran -Tabriz railway is 736 km long which ends in Jolfa, and can travel to the former U.S.S.R. on this route; As Tabriz is located on the way to Europe and Asia, so many people travel through this city.

The construction date of Tabriz is not known, some attribute it to Sassanid period and some to Zobeydeh (wife of H6run-or-Rashid). When Azerbaijan was conquered by Arabs, it appeared to be a villagein22 A.H. (642 A.D.) and when Atabak Qezal Arsalan died in 587 A.H. (1191 A.D.), this city became the center of Azerbaijan. Also it was the Capitol city for Safavids for many years. People of Tabriz had an influence in the history, especially in the constitution of Iran in the 20th century.

There are many factories and great industrial and productive sites in Tabriz which have changed it into one of the industrial centers in the country. The most important factories are as follows: Tractor, machinery and ball-bearing manufacturing factories, refinery and so many other canters such as carpet weaving sites, there are weekly and daily flights from Tabriz International Airport to Tehran, Mashhad, Rasht, Orumiyeh, Pars Abad (Moghan) and Kish Island. There are over ten hotels (one first class), which provide good facilities for the tourists.

Here are some important attractions of Tabriz:

The date of its construction is not determined. But it seems it was built in Sassanid dynasty. It was one of the most important seats for the 10th century protesters led by Babak Khorram Din against the Caliph in Bagdad. In the surveys made in this castle several rooms and potteries belonging to the late 13th century and coins of Atabakan era were discovered. Babak Castle has been registered in national works of the country under the number 623 in1967 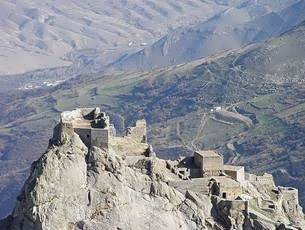 This village is located in 60km southwest of Tabriz at the foot of Sahand Mountain and is famous for its houses which are carved inside rocks and are hewn out of volcanic caves. The physical structure of the village looks like images from fairytales. Natural cones, scattered over a vast area, serve as human dwellings on rock formations which themselves seem to have been the work of certain artisans. On getting nearer to the dwellings, the visit or finds out those large families are living inside two or three of these hollow interconnected cones with feature such as openings on their surface playing the role of actual windows. It is introduced as one of the three rocky villages in the world. 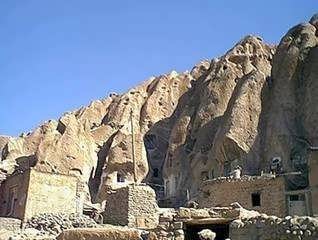 Sa'ad-e din Mahmood ton-e Abdolkarim Ibn-e Yahia was one the well known Gnostics of Azerbaijan. He was born in the reign of Kei· Khatun Khan in Shabestar. In the reign of Sultan Mohammad Khodabande ( Oljayto) and Abu Said Bahador Khan . He was one of the great Gnostics in Tabriz, He Came back to Shabestar in 1278AD and died • there. He was buried in the middle of a garden near Baha-edin Yaqub Tabrizy his Master. The building of mausoleum has been reconstructed by Haji Mirza Aqasi . minister of Mohammad Shah, in Qajar era.

The original building of the mosque dates back to IIkhanid era. The mosque has been destroyed and rebuilt during various times. The present building has 42 domes on 30 wide pillars of brick. The inscription of the mosque bears the date of 1536AD and the reign of Shah Tahmasp Safavid. It has been registered in national works of the country under the number 4198 in 2001.