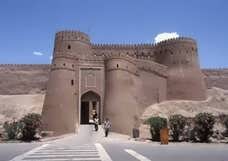 Bam is alive Cities do not die after being abandoned. They are alive even when the earthquake ruins them. When on December26, 2003; an earthquake killed almost a generation of the Bam it was thought that the 2000-year-old history of the man had also buried under the debris. Nevertheless, the fact is that the world largest complex made of sun-dried bricks is still alive and it is one of the best hosts for the tourists. 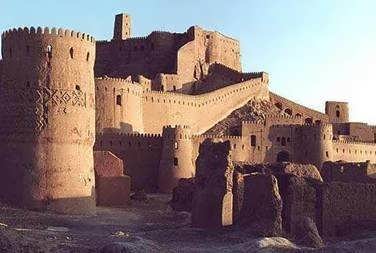 Arg-e-Bam (Bam Citadel) with an area of200 hectare is located on the eastern north of Bam and at the foot of an enormous rock; it was once the old city of Bam. The old Bam consists of 4partsand38 watch towers. The main materials of the castle were adobe, clay and chaff.

It is listed by UNESCO as part of the World Heritage Site "Bam and its culture landscape ".

This enormous citadel on the Silk Road was built before 500 BC and remained in use until 1850 AD. It is not known for certain why it was then abandoned. The 2003 Earthquake in Bam destroyed more than 80 percent of the Citadel. As a World Heritage site several countries are cooperating in the reconstruction and after comprehensive researches the authorities announced that the citadel would be rebuild.