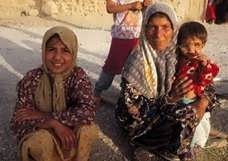 Iran has the population of about 70.5 people that is made up of numerous ethnic groups; in fact Iranians are of the people who are ethnically, religiously, and linguistically diverse. In the 7th century
Persians migrated from central Asia to Iran. They are the largest ethnic group of Iran who constitute of 51 % of Iran's population and speak varied Armenian, Turkic languages and Indo-Iranian.

They include tribal groups such as Bakhtiaris, Khamseh, Lurs, Qashqai, Gilaki (in Gilan province), mazandaran (in mazandaran province) and also have ethno-linguistic minority groups that the main ones are Azeris, Kurds, Arabs ,Baluchis, turkeman ,Armenians, Assyrians and Jews.
But Kurds and Lurs are only the two groups that both ethnically and linguistically related closely to the Persians.
The remainder of the population comprises small communities of Arabs, Armenians, Assyrians, Baluch, Georgians, Pashtuns, and others.
According to the CIA World Fact book and other Western sources, ethnicity/race in Iran breaks down as follows: Persian 51%, Azeri 24%, Gilaki and Mazandarani 8%, Kurd 7%, Arab 3%, Lur 2%, Baloch 2%, Turkmen 2%, other 1%.
Major Ethnic Minority Groups

Azeris
The Azerbaijanis are an ethnic group that likely drives from ancient iranic tribes and mainly found in the northwest provinces. They form the largest minority in Iran with aobut24% of population. In 11th century, the Turkic tribes (which Azeris are one of their groups) migrate into northwestern Iran and gradually made the maximum percent of habitants in east Azerbaijan province. 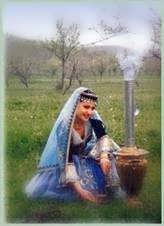 Kurds
The Kurds reside mainly in a province in the northwest part of the country and south of western Azerbaijan province. The Kurds are Iranian origin and their language is from the family of Indo-European languages with several dialects such as Goorani (southern Kurdish) and Zaza (western Kurdish). Although the dialects of people in Sanandaj and Kermanshah are kormanji which is vastly different from the above stated ones. The most important Kurdish clans are mokri in the north of Kurdistan, Bani-Ardalan in the south and kalhor in the southernmost Kurdistan. 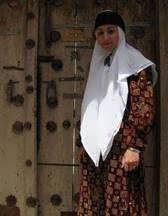 Arabs
Arab tribes, whose presence in Iran stretches back 12 centuries scattered in an areas between the Arvandroud, Persian Gulf in the south and shush in the north. Their territory is located to the west of bakhtiyari territory. Bani-kaab is the largest and also most important of Arab tribes in Iran with numerous clans that inhabit Khorramshahr, Minoo Island, both sides of Karun River and around Ahvaz. Other tribes are Bani-lam, Bani-Saleh, Bani –Torof and etc.

Baluchis
2 % of Iranians are Baluchis that reside in a southeastern province and an area between Iran and Pakistan that known as sistan & Baluchistan. Baluchistan is a dry region that is stretched from Kerman deserts to bam and Beshagard Mountains and to the western borderline of Sind and Punjab province in Pakistan.
Historically, the Baluchis were nomads that never had a centralized government and lived under a tribal system, and then in the 11th century, they moved from Kerman to makran.
The Baluchis speak Baluchi which is a west Iranian language of indo-European family of language. Baluchis have two branches of sorhadi which are in north and makrani in the south that are divided into a number of clans that the most important of them are Bameri, Balideh, Bozorgzadeh, riggi, Sardaar Zaie, Shahbakhsh and etc.