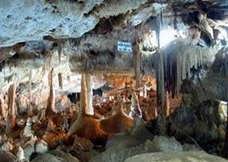 The word “cave” refers to a natural underground hollow or passage that is formed when water runs through an area with enough force to dissolve or wear away rock.

A cave is a large hole that may be underground, in the side of a hill or mountain, or under a cliff.

They are natural shelters that Animals often live in them.  Water and its circulation are the essential factors in the formation of caves. The caves are thus the result of a chemical mechanism that dissolves and corrodes the rocks, so creating substantial empty spaces, and mechanical processes that transport the dissolved or broken products away. Although their shapes and sizes vary greatly, the empty spaces that are caves are the result of a well-defined process and, far from being scattered at random, they are in fact related according to a well-organized structure: the karst.

Alisadr Cave:
this beautiful cave is located in 100 km north of Hamedan and is the third largest caves in the world. It contains several large and deep lakes and a river which is flowing through the cave.

Qoori Qal'eh Cave:
the largest Asia cave with water which is in 90Km of Kermanshah and between the beautiful forest of Oramanat and Paveh. Variations of colors, waterfalls and Beautiful nature around this cave have made unique characteristics that would be unforgettable. 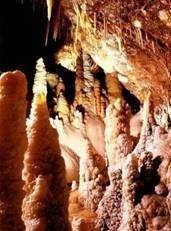 KatalehKhor:
It is located in 120 Km south of Zanjan province. It was discovered in 1965. This cave has a large main gallery with much extensive calcite formation and wonderful crystals. It is so beautiful that has been introduced as one of the most beautiful calcareous caves in the world.

Sahulan:
In 35Km of mahabad in west Azerbaijan province. The second largest watery cave with nice rocks. Sahulan in Kurdish language means freezing that indicates the climatic conditions of the region. 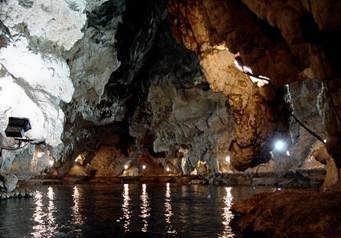 Karaftu:
This natural cave is located in 64 km of Karaftu village in Kurdistan province and on Silk Road. What is very interesting is that the name of Greek god. i.e. .Heracles is carved on one of the walls of this cave. 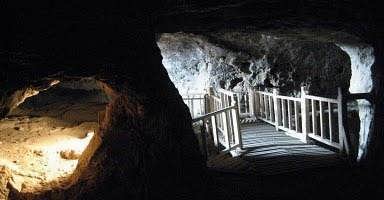 Niasar:
In 28 km west of Kashan and in the gardens north of Niasar village, there is a cave with manmade chambers. The cave had been a place where the Paleolithic men worshipped Mithra. 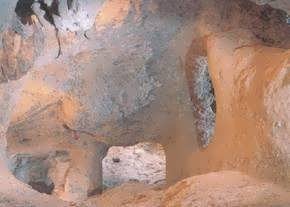