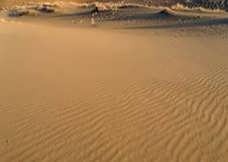 Having two important mountain ranges of Alborz and Zagrus cause to be introduced as one of the world's most mountainous countries that attracts many tourists and mountain climbers every year.

Deserts are of other natural beauties in Iran. In fact there are 50 deserts which about half of them are full of attractions. Walking a long these infinite spaces while feeling a quite mysterious silence and watching its wonders especially beautiful caravanserai that invites you through the history, would be unforgettable.

Generally the deserts of Iran can be categorized according to one of the following groups:

Central desert (The Great salt Desert)
The largest desert of Iran with 800 Km long and 320 Km wide; it is located in the center and on the outskirt of Kerman and Yazd.

Low sandy hills and crust of salt over the mud lands are what make this desert different (separate) from others.

Based on the nature of soil and the amount of salt water, Kavir will show different appearance, sometimes is quite dry and soft while sometimes there will be an expanse of hard bakes clay. 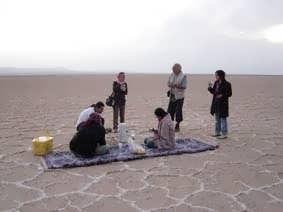 Jandagh Desert
Nothingness desert invites you to end of silence. There is a green village in the heart of desert which is the birth place of poets like" Yaghma Jandaghi'.  You can see the remains of Anoushiravans Castle and clay domes. In this desert you will have the chance to taste one of the most delicious breads

For reaching this desert there are two roads:

Miandasht Desert
The paradise of those who are interested in wildlife since it is the natural habitat of Asiatic cheetah.For getting to Miandasht you should go to Abbas abad Khartooran which is near Shahrud, Khosh Yeilagh Protected Area and finally Jajarm. Miandasht is located on the east of Jajarm.

Park-e Melli-e Kavir (Kavir National Park)
A virgin area with various herbal species and wildlife in the west of Semnan desert.  It is 60km far from Tehran. You can visit Deer, Panther, Wild ass, flamingo, etc are some species of wildlife in this park.

Rig-e Jenn Desert
A huge area in the middle of Iran's central desert and east of Kavir national park.  A desert that with its mysterious name is tempting for everyone to visit.  But assure you that there is nothing extraterrestrial there, just salt and sand.

Because it is one of the most laborious places, so, don't be recommended for beginners at all.

A great sand and stone desert without salt with 480Km long and 320 Km wide on the Southeast of Iran. A dried-out kavirs that consists of hard clay contains a large salt marsh and bounded by Nehbandan, Naiband, Shahdad (and Bam. Marco polo called it "Sea of Sand".

Lout desert is famous for its dry and burning temperature .Professor kardovani says" the hot weather in this desert has left no possibility for life- even bacterial life; a dead animal in the desert will not decompose; it will rather get dried by the searing heat from the sun," also, he adds "being lowland is another cause of the desert's extremely hot and dry weather ".

The biggest Kalouts" sand pyramid" of the world are in this desert. Kalouts are the unique natural phenomena that wind is main reason in being made.

The desert is determined as the hottest region in Iran and even the world. The weather in Gandom beryan region is so hot that the wheat being roasted. 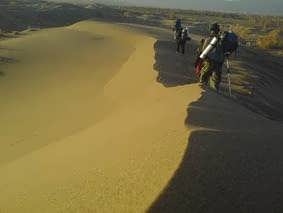 Maranjab Desert
Maranjab, the most beautiful and famous desert of Iran, is located in Isfahan province and in the north of Aran & bidgol city.
Many attractions such as Sand hills, rare plants and especially Shah Abbas Caravanserai will provide you a memorable camping.

Haj Ali Gholi Desert
Is a salt lagoon in south of Damghan. Huge amount of mountains on a wasteland is what makes this desert special.
There are two ways to get to Haj Ali Gholi desert:
A: From Shahrud to Moalleman, then Chahjam-Koohkhers dirtroad which goes along the South of the desert.
B: From Damghan to Moalleman, then Dehforat-Koohkhers dirtroad. 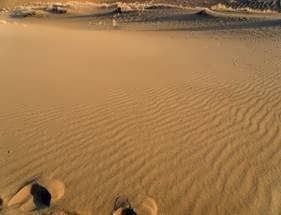