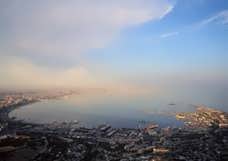 The largest lake of world with a surface area of around 371,000 square kilometers. It lies in the north of Iran in Mazandaran, Golestan and Gilan province and has a maximum depth of about 1025meters. The water of this lake is of two kinds, i.e. it is a fresh-water lake in northern portions whereas on Iran shore is saline. It is the settlement of more than five hundred plant and 850animal species that some of them are Salmon, perch, pike, sturgeon, Algae and herring. Also, one of very few seal species living in Caspian Sea. The wet Caspian littoral is ideal for growing rice and tea. Cotton and citrus fruits are also grown.The beautiful island of Ashuradeh is situated on the north east of gorgan bay.

Astara, Babol, Bandar Anzali, Chalous, Gorgan, Rasht and Sari are the major cities by this lake. From the point of tourism, Caspian coast is a favorite vacation spot for Iranians and offers lush vegetations and sandy beaches. 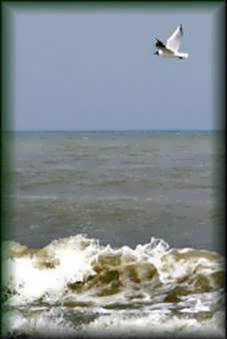 Babol:
A city in mazandaran province that was founded in 16th century .it is located in 20Km south of Caspian Sea. Food, textiles and Fruits such as oranges, lemons, are of goods that are produced and grown in Babol. Also, there are many rice farms around it that has provided a beautiful and charming view. The most famous historical attractions of babol are Mohammad Hassan Khan Bridge, Ganjineh-ye-Babol and royal palace tower.
Bandar Anzali:
This city with its beautiful lagoon is located in Gilan province and very close to Rasht city. It is the second largest city of Gilan and as one of the most important seaports in north of Iran.
There are many tourist attractions in this port that some of them are Clock tower, Anzali lagoon and "Dehkadeh Saheli".
Bandar-e Anzali is known as the World Capital of Precious Caviar. There is caviar processing factory in Anzali plus see old ruins from 19th century. "Tourbebar" is a beautiful village at 40 kilometer of Anzali.

Gorgan:
The capital of Golestan province in 400 Km Tehran. Golestan national park is located in 150Km east of Gorgan. There is a great wall in this city that after "Great wall of china" is the greatest defensive wall. It is known as "the red snake" among archaeologists due to the color of its bricks. Gorgan is the center of cotton, wheat and salt trading. Also, I t has been the last outpost of traders and travelers to central Asia.
Some attractions of Gorgan are gorgan gulf, Gomishan wetland, Jame mosque, golshan mosque.

Ramsar:
Since the mountains stop only a few hundred meters short of the coast at this point ,is squeezed in to little more than a couple of main streets , which has helped to make this one of Iran's more attractive seaside resorts rich vegetation including palm and orange trees among the flower beds.
Ramsar is amongst the old cities of mazandaran province and according to some valid historical documents, its antiquity is estimated more than 10 centuries.
It stretches for many kilometers along the coast and for a few blocks either side of the coast road. It is unique in terms of scenery including forest, forested hills and proximity to the Caspian beach. Wooded hills roll down nearly to the beach itself while the powerful outlines of the Alborz Mountains range from an impressive background.
The worth-seeing places of this city are: Ramsar thermal spring; Azarak, Rishboraz and chardar waterfalls; Ramsar luxuriant forests and mountainous valleys. 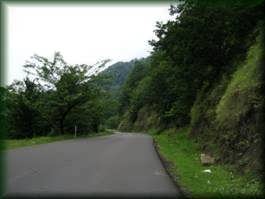 Rasht:
The capital of Gilan province and the largest city along the Caspian Sea coast. It is situated in 30Km from the Caspian Sea and in the slopes of the northern Alborz mountain range.
In the past Rasht was entitled as the "Gate of Europe" because it has been a major transportation filed that connected Iran to the abroad.
Even today Rasht is the most important trade center between Russia, Caucasia and Iran.
Also an important industrial center for the processing of agricultural products and is very famous for wood carving.