This is a once in a life time opportunity to spend time with Iranian Nomands and learn about their culture and way of life which has not changed for centuries.

Spicing up your itinerary with a visit to the pearl of Persian Gulf can be the perfect send off before you end your journey to Iran.

Qeshm is the largest island in the Persian Gulf, with rocky coastlines that protects a mountainous and often beautiful interior. The coast is dotted with small villages and towns. 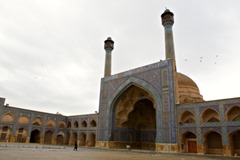 Iran’s religious sites don’t just appeal to the followers of Shiite Islam; the mixture of art, architecture and culture attracts visitors from all walks of life. Adding a visit to these holy shrines to your current itinerary familiarizes you with a more traditional and religious way of Iranian life and the post Islamic architecture will simply take your breath away. These tours can be arranged for the following cities

Modern skiing, or skiing as we currently know it, came to Iran around the year 1930, roughly 85 years after the first modern ski competitions took place in the world. 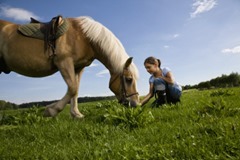 Iran, apart from all its historical and cultural highlights, is a country with a great diversity in natural attractions such as Spa resorts. 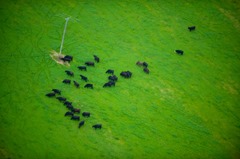 The northern coasts of Iran, are the proof of its diversity in term of landscape and climate. The Caspian Sea coasts stretch out on over 372 miles. Orange and lemon trees, rice-fields and tea plantations line the coast, which is flanked by mangroves and marshes.

Desert Tours in Iran is one of the popular Iran Tours which allows the tourists to browse the scenery of the sand dunes and salt marshes of the country.