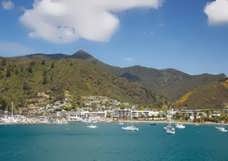 As the eighteenth largest country in the world has two main mountain chains of Zagrus and Alborz that Zagrus is the longest and greatest one.

In fact 1/2 of Iran is mountains. Iran Mountains are part of Alp and Himalaya Mountain chains.

Damavand "the roof of Iran":

With 5671 meters (18606ft) elevation has obtained the title "The roof of Iran". It lies in the middle of Alborz Range and has been introduced as the highest point in the Middle East and highest volcano in Asia. Abe Garm Larijan is the most important hot springs which is located in this mountain. It is believed that Damavand has been an extinct volcano since one hundred thousand years ago which figured much in the legends of the past. According to tradition, the Persian hero, Fereidoun, having overcome the cruel tyrant Zahhak, chained him alive, head downwards, in a cave near the summit; the exhalations of sulphurous vapor from the crater of the mountain were said to be the tyrant's breathe. The summit and higher slopes of the mountain "are snow-covered throughout the year. This mountain is in 66 km of Tehran and Larijan is the nearest town to it. 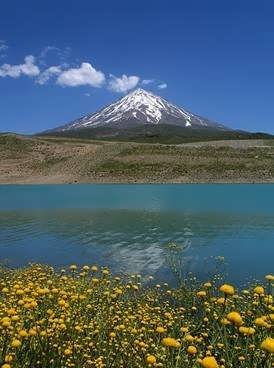 It is located in mazandaran province in Kelardasht County. It has 4850 height meters and after Damavand is the second highest peak in Iran.  There is a vertical wall in the north to north west of this peak that makes Alamkuh famous between Iranian climbers. The best time for climbing is June to October. The most important point is that because of heavy snow and regularly snow storms, climbing in winter would be dangerous. 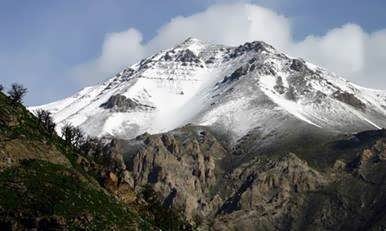 Sabalan is located in North Western Iran near plenty of hot natural mineral baths. It has 4811 meters (15784ft); there are many beautiful attractions in this peak, so, that everyone who reaches the peak feel has arrived in a dream land. There are many hot mineral springs, cold water spas and a beautiful lake at the top that frizzes 9 to 10 months of year  and attracts many tourists every year. The best time for climbing is from June to September. 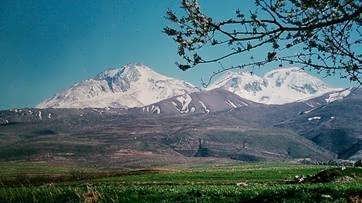 It is located in Kohkiloye VA Boyer Ahmad and South Isfahan, its height is 4550 meters (14928ft), it is in 35 km of Yasuj town in Sisakht Township and because of its springs (about117) and waterfalls, is one of the most beautiful peaks of Iran.

25% of world herbal species is in this beautiful peak. 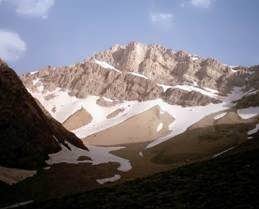 Dormant volcano of Iran in south of Tabriz with a vast variety of flora and fauna. This characteristic caused to be introduced as the bride of mountains in Iran. Its height is 3707meters (12162ft). The beautiful village of kandovan is located on the slopes of this mountain. 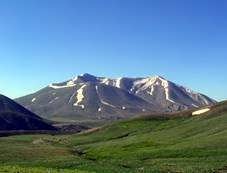 The fascinating work of nature is a joy to behold. Resting near Eslami-ye village, mount Eagle features the monumental likeness of an eagle, offering a spectacular scenery. 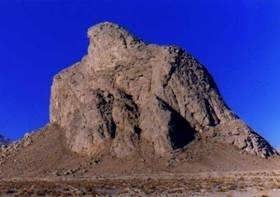 This mountian is in charmahalo Bakhteeyari province and is the fountain of two main river of Zayandeh rood and Karoon. There is a wide variety of flora in this region especially   and. The best time for mountain in this region is July till mid August.