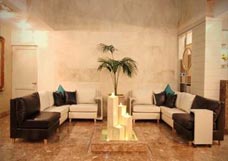 Located in the financial district of Tehran,  this hotel prides itself in providing an excellent value for your money, by providing  30 full equipped rooms with warm design giving a service more than your expectation and making your trip to Tehran a memorable one. 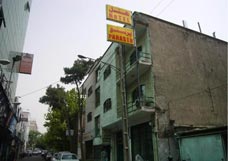 If you are on a budget, this is one your best options in Tehran. A small tidy two star located centrally that doesn’t cost you an arm and a leg to stay in busy Tehran. It is very close to Iran’s national museums and many of Tehran’s attractions are within walking distance. 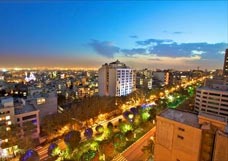 This 5 star centrally located hotel is suitable for all travellers. For families who wish to stay in the center of this mega city to corporate travellers who will find Espinas Hotel Tehran's Business centre and Wi-Fi Internet access very helpful. 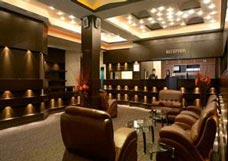 Asareh hotel is a splurge 4 star hotel in Tehran. It has a family friendly atmosphere and is suitable for those families who seek a pleasant stay in Tehran. Asareh also caters to business travellers as it has recently built its business center. Not to mention its modern function room. All n’ all for whatever reason you’re visiting Tehran, Asareh management has promised a great stay. 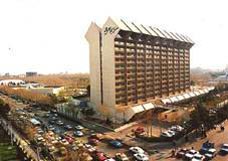 Centrally located in the Laleh Park area in Teheran, the Laleh Hotel enjoys a convenient location close to the business district and Mehrabad International Airport which is reachable within 18 minutes by car. Points of interest such as museums, shopping facilities and sights are within easy reach. It provides a comfortable interior and many amenities. With 5 restaurants, guests can be sure of a delightful culinary supply. 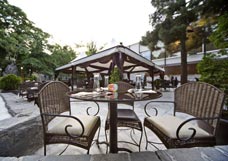 One of the best hotels in Tehran. This Ex-Hilton hotel is situated in the Northern part of the city near Embassies and Int'l trade fair ground. The East Tower is inaugurated for the Islamic Conference witch has been held in Tehran on 1998.The West Tower is older and remains from the time of the last Shah of Iran. There are very good restaurants inside and around the hotel. Eastern tower will suit luxury travellers as it has a global 5 stars standard. 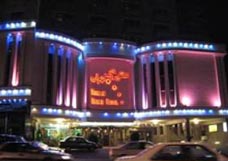 The biggest, the newest and the most stylish hotel in central Tehran. It has every service a traveller may need. From in house travel agents to modern business centers or fun games for your kids. If you’re travelling to central Tehran or are in Tehran on a business trip this hotel may suit you the best. 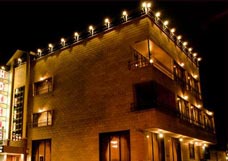 Located centrally off Enghelab street, this 4 star hotel offers an excellent service for those travellers who wish today in the busy centre of Tehran. It offers rooms as well as apartments for your convience. It is one of the oldest hotels built in Iran and it was established in the 1940’s.